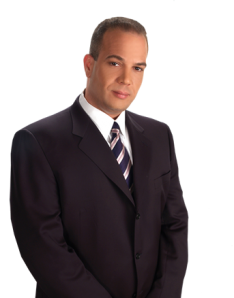 What are your earliest memories of Kingston, Jamaica?

My fondest memories took place on my father’s boat, which was named after my mother Lady Dawn. As a child it was so fascinating to be with him and be surrounded by a translucently turquoise body of water. What was better was that I didn’t have to share him as I did while on land. Each time I come back to Jamaica those memories are still very vivid and ones I’ll treasure forever.

What has been your favourite meal in Jamaica?

My wife and I were invited by Michael Lee-Chin himself to preview the newly redone property of Trident Hotel and Trident Castle; I must say that Mike’s Supper Club was a gastronomic experience, one that some might contemplate is uncommon to find in Jamaica. The meal was superb! And then I have my adolescent craving for the KFC which is drastically different here than in the States.

Being Jamaican, I have to say rum but when a soft drink is in order, Kola Champagne would be the one of choice.

My wife always plans our trips, even the ones back home to beautiful Jamaica. We love the natural beauty and feel the world should see more of it. We have been to some gorgeous places but there are some areas of Europe I prefer like Nice, with its mild Mediterranean climate and its artful inspiration which it provided to some of the most outstanding painters like Chagall, Matisse, Niki de Saint Phalle and Arman that still linger in the air today. And, we had to stay at the
art-infused Negressco Hotel. It’s about 100 years old with an impressive art collection and the views are just remarkable.
Italy is also one of my favourites, the people, the culture, the couture and the cars. Whether it’s the Tuscan mountainside vineyards, the attentiveness of Florence — we had dinner at a small, yet unpretentious restaurant called Pandemonio and it was just a delight. The Romantic Canal streets of Venice, and the lavish side of Monaco and Capri… there is nothing I don’t cherish while visiting Italy, it’s a historically magical place.

The Seat Of The Soul, it’s a book gifted to me by my wife that I’ve had to read again as it was re-released for the 25th anniversary with additional works. It is a transcendent read, that urges one to achieve something higher through authentic power but you have to read it to understand what I’m speaking of.

Which cologne are you currently splashing?

I’m always sure to never be out of my Clive Christian, it’s my absolute favourite which I get for my wife too.

Did you choose real estate or did it choose you?

I have to say both; I had much success in the automotive industry prior to my switch to real estate. True Story: One day so happens, I met Donald Trump himself, and sat to have a conversation with him, during that conversation it was he who pointed out that I should be in real estate. Having a passion for the luxurious it only made sense to me, so I made the immediate switch. My first day as an agent I sold 19 condos! It’s been great ever since. After meeting Penelope my wife and her marketing genius, we intensely focus on new strategies which have brought the greatest returns both personally and financially.

Why have you been so successful?

My success derives from applying all the teachings and discipline my father Douglas Pierce taught me, to that you add determination, perseverance and, most importantly, not letting the NOs in life take over and it will come, it will all come.

What advice would you give somebody eager to become as reputable as you?

It’s simple, always be ethical, know what you’re representing or selling better than anyone and, most importantly, love what you do because that’s when your best exudes. Also, I found a life partner who complements my work affairs and her marketing knowledge has propelled my efforts to a higher level. All these things have worked for me.

If you had to pick one place today to invest for the future, where would you choose and why?

I don’t want to sound biased but I have to say Miami for many reasons. The most important one is that the market hasn’t capped off and still has a way to go, plus, where else can you get paradise with all the conveniences that city life has to offer. No matter where you’re situated, you’re not but a short drive away from the shoreline and a beautiful one at that.

Why has real estate remained a global obsession — what makes Paris, for example, a more expensive city than Sydney, Australia?

The obsession comes in because it’s such a big investment, and it becomes part of our identity and even defines who you are in a sense. We automatically, not knowingly at times, judge who someone is by where they live. People have a strong attachment to property and land and the fact that it’s a greater return than a bank can offer is assuring. People typically look for traditional things that help us feel stabilised and real estate is a winner. Real estate these days is top of mind, and in the markets of Paris, Miami, New York, is where people want to be because it says something about who they are. It’s funny you mention Sydney as it’s proving to be one of the most expensive cities in the world to live in, but Paris pricing is due to the price per square metre for a city apartment while the expense in other places relate to entertainment, taxes, groceries and even gas.

Success is the best revenge, for as many people that rise to help you, there are that many waiting for you to fall. When you get opportunities to achieve higher and create the unbelievable, well, that sends a strong message to the ones who don’t want you to succeed!