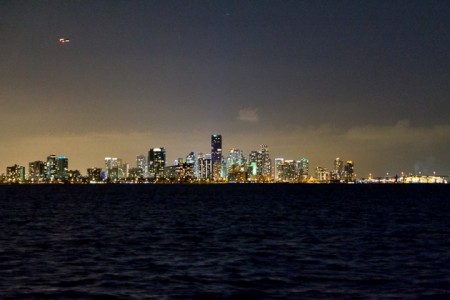 Photo : daspader / Flickr) An anonymous American buyer has paid $34 million for two penthouse-style condos that are still under construction at “The Edition” hotel in Miami, which is being developed by famous hotelier, Ian Schrager. This is the largest Condo sale in Miami.

An anonymous American buyer has paid $34 million for two penthouse-style condos that are still under construction at “The Edition” hotel in Miami. The combined sale of the units is the biggest deal in Miami and the largest in South Florida by square feet.

According to the Wall Street Journal, the combined living space of the two penthouses spans around 16,162 square feet with around 9843 square feet of indoor space alone. Together, the two residences have around eight bedrooms and eleven bathrooms. Each of the residences has a private pool; glass-enclosed dining space, outdoor kitchen and private elevator access. They each have fireplaces in their master suites and living rooms as well.

While one penthouse offers ocean views, the other provides for picturesque sights of the Biscayne Bay and downtown Miami.

“These penthouses are unbelievable mansions in the sky,” William P.D. Pierce of Coldwell Banker Residential Real Estate, who represented the buyer in the deal, said to WSJ.

The new condo project marks Ian Schrager’s return to Miami after 17 years. Schrager had previously developed the Delano Hotel, making Miami the most posh resort destination. Delano was the first hotel to break ground in the sixties.

Schrager now hopes to take full advantage of the resurging Miami real estate market by introducing homes to fit the needs of global citizens. “The Edition Hotel” will have 26 limited edition luxury condos on top of the hotel. The new building is replacing the “Seville Hotel” and is being designed by Schrager’s  team. Construction on the building is on and is slated to be completed by April 2014, reports Business Journal.

Once the building is completed, it will offer amenities like a bowling alley, a night club, ice-skating rink and exquisite restaurants. Check out the rendered pictures of the condos at Curbed.