As South Florida’s No. 1 Realtor, William Pierce specializes in some of the most unbelievable and luxurious real estate in the region. The following five properties represent his most recent exemplary listings. Le Palais Royal – $139 million Located in tranquil Hillsboro Mile, is the most expensive palace in the country. Drawing inspiration from the 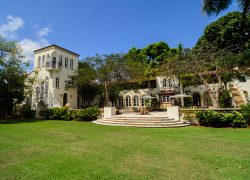 Inside the La Brisa mansion with CBS12 News

Story by Ric Blackwell/CBS12 News MIAMI — Do you ever wonder what it looks like over the hedges and behind the gates of South Florida’s mega mansions? CBS 12’s Ric Blackwell gives you an inside and exclusive look at a $65 million listing. La Brisa in beautiful Coconut Grove is situated on 6.9 acres of

It is hard to avoid the media spotlight when you have as much passion and energy for luxury real estate as #1 Realtor in Southeast Florida William P.D. Pierce. With a track record for listing and selling some of the most expensive properties in the country, it is little surprise that he and his properties 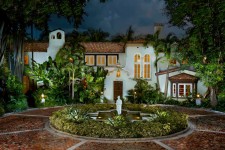 Shortly after listing the record-breaking La Palais Royal, which at $139 million is the most expensive property in the United States, award-winning Realtor William Pierce once again proves that he is the premier source of some of the world’s most opulent residences. His latest groundbreaking listing is the $65 million La Brisa, a lavish Mediterranean-style